I have a friend that has felt compelled to move to a little town in Missouri not far from Adam-ondi-Ahman and Far West.

Adam-Ondi-Ahmen it is the site where Adam and Eve lived after being expelled from the Garden of Eden. According to a revelation given to Joseph Smith, Adam met his children at the site three years before his death to bestow his blessing on them.

According to latter day revelation Adam will convene another meeting there to turn the government of the human family officially to Jesus Christ.

I recently had the privilege of helping my friend to take a few items to his new home. While on this journey, he and I took an unofficial tour of Adam-ondi-Ahmen. The hike lasted about four hours and it involved the blatant disregard of several “keep out” and “no trespassing”signs. 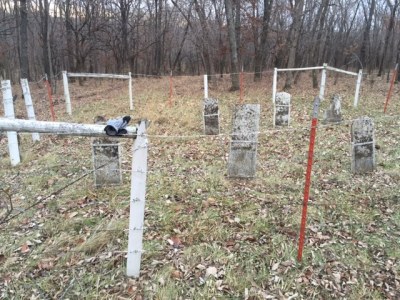 It was very difficult to read most of the grave stones. One of them was dated 1860 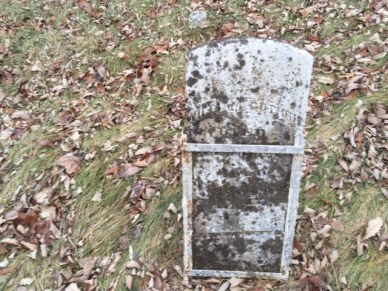 Another hidden treasure which was one of the highlights of my entire trip, was to visit what is left of the foundation of Lyman Wights home in the land of Adam-Ondi-Ahmen. My friend Malachi showed me where this secret place is.

Wight came upon this area of land and built his home on it shortly after the saints had to flee Jackson County and eventually, Kirtland.

Joseph Smith later visited Lyman Wight’s homestead and declared that it was the land where Adam had blessed his posterity anciently and would yet bless them again in the future. 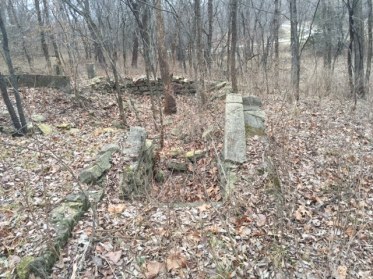 The above foundation of this historic home and spot of land, is less than a few hundred feet off of one of the main visitor paths in Adam-Ondi-Ahman.

None of the plaques and historical markers at this church owned historic site mention anything about it probably because of the low regard the church has for Wight.

Each year thousands of LDS visitors walk right down the path and past the grove of trees that the Wight home foundation is located in, not knowing that they are missing the incredible opportunity to see the remains of the foundation of the home of Lyman Wight, one of the greatest prophets of the restoration movement.

Wight is one of my favorite characters of the LDS restoration movement.

He is one of the few that saw the father and the son during the short 3 1/2 year period that the fulness was one the earth.

I couldn’t help but think that if Joseph Smith or Parley Pratt had lived on that spot of land, it would be one of the main attractions of the place.

Ironically, most of the truly great players of the restoration movement, like Lyman Wight, Sidney Rigdon, William Marks and William Law are now forgotten, or marginalized or outright hated by many people in Mormonism that have been fed the sanitized version of church history 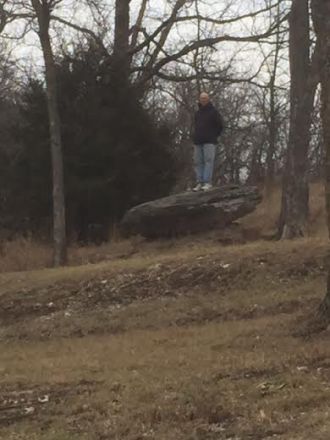 The above picture is a large rock called “preachers rock” which is located on the hillside below Lyman Wights old homestead. My friend Malachi is standing on it calling me to repentance, to no avail. My neck is stiff and my heart is hardened whilst awaiting to the return of the servants and the restoration of the fulness.

I also took the opportunity of driving to In dependence Missouri where I met with people associated with about four or five different branches of the restoration movement.

My journey included an interesting discussion with a tour guide at the Church of Christ Temple Lot Church. When I met with these folks many years ago I was infomed that they accepted everything in the Book of Mormon and Book of Commandments, but nothing beyond that.

This time around, I was informed that they only accept things up to the Book of Mormon but do not accept the Book of Commandments as reliable scripture.

It was surprising to see that they had evolved backwards so far in so short of a time.

God is withdrawing truth from them.

It reminds me of some of the LDS fringe groups who are now rejecting anything after the Book of Mormon, because of the writings of David Whitmer. 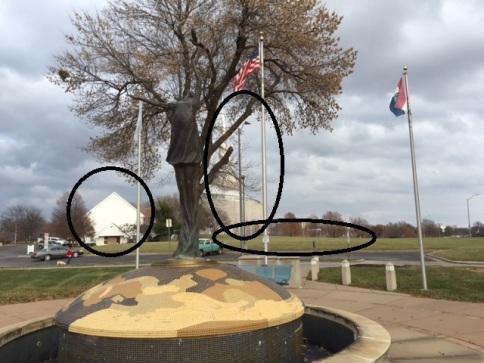 I found it fascinating and quite disturbing to see that there is a statue and plaque honoring the United Nations, within spitting distance of the holy ground upon which the lot for the future Jackson County Temple was identified by the finger of the Lord.

In the background of the statue, you can see the Temple Lot Church of Christ to the left, the plot where the future temple will stand to the right, and in the middle, you can see that temple of the Community of Christ (formerly RLDS Church) 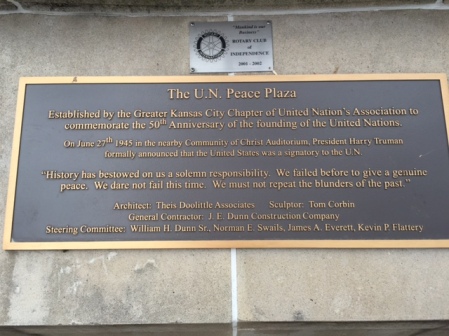 I was able to visit with the prophet of one of the restoration churches (who is a direct descendant of Joseph Smith) as well as the fellow over at restoration bookstore- Price Publishing who does the defendingjoseph website. (Pamela Price and her deceased husband are the ones that wrote “Joseph Smith Fought Polygamy”. Sadly, Pamela was not at the book store, she was at home feverishly working on part three of that series, thanks to the great interest that the essays have created in the topic of polygamy.)

Both of these people informed me that the historical essays that have recently been published by the LDS Church, regarding Joseph Smith’s involvement in polygamy, have had a devastating impact even on these other branches of the restoration movement!

Many people in the other restoration traditions are now having a crisis of faith as a result of these essays.

This is, of course very sad. It will be interesting to see, after the dust settles, how much collateral damage is done by these essays, in both the LDS church and all of the other branches of the LDS restoration movement.

Being Ordained by the Church Patriarch

Biker rides up mountain as an atheist, returns as a believer.

Article on Polygamy by RLDS Person

The federal government is on the brink of lifting restrictions put in place more than three decades ago when regulators, alarmed by the spread of the virus that causes AIDS, barred men who had sex with other men from donating blood.

A Food and Drug Administration advisory panel will begin a two-day meeting on the issue Tuesday (December 2), amid growing calls from medical groups, gay rights activists and lawmakers to jettison the ban as outdated and discriminatory.

In 1983, the FDA put in place the beginnings of a policy that remains today: Any man who has had sex with another man — even once — since 1977 is prohibited from donating blood.

Dumitru prophesied maybe 13 years ago that just prior to the WW3 attack on the USA, that the USA government would be busy fighting a rebellion in the center of the USA  (Ferguson)

This entry was posted on Sunday, December 21st, 2014 at 10:59 pm and is filed under Uncategorized. You can follow any responses to this entry through the RSS 2.0 feed. Responses are currently closed, but you can trackback from your own site.